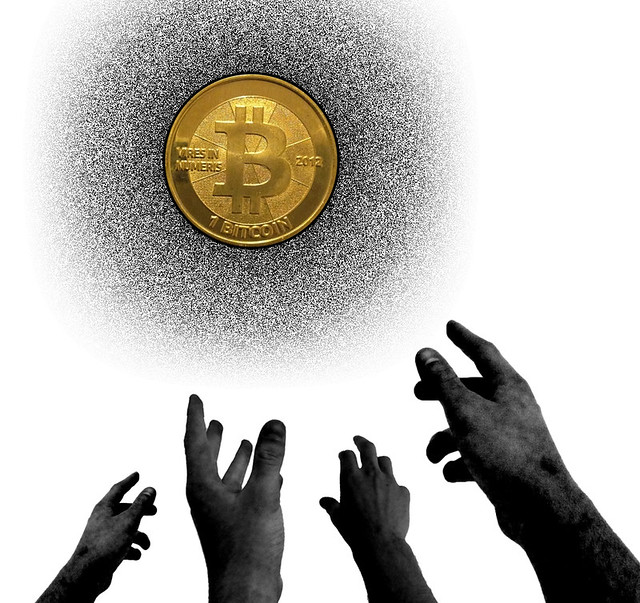 What brings together a motley group comprising a marketing communication professional, a teenage student and a wood designer in London?Well in this case it is a belief in the future of bitcoin.

One of the many fascinating things about the bitcoin phenomenon is how democratic it is in terms of its diverse user base. Far from being an exclusive turf of sworn fintech geeks,  nerds or qualified cryptologists, the medium has given people from all walks of life and age groups to jump in and claim a piece of the bitcoin action as their own depending on their own level of interest and commitment.

Irrespective of age, occupation and educational background they all seem to be united in their aspiration of doing something in their life with bitcoins in the future.

We came across one such man at a recent liveblogging event Cryptocity went to who though has nothing to do with bitcoins in his day job got sucked into the blockchain universe and can’t seem to get enough of it now. Meet 34-year-old Oliver Wieland. A marketing communication consultant by day and an aspiring bitcoin start-up founder by night.

Over the course of our meeting with him, Oliver lets us in on his little secret-This is his first bitcoin meet-up in London. The first of many more to time as he gears up to take his next steps into the vast world of bitcoin.

“I have been following the bitcoin scene evolve in London and got myself up to date on the basics of it. But I was specifically on the lookout for a meet-up on the technical side of bitcoin and was waiting for an event like this to be held to take my knowledge level to the next level,” he says.

Though already a blogger and self-styled learner on the topic, Oliver has been steadily building up his knowledge base on the topic towards his dream of eventually switching his career and joining a bitcoin start-up as a consultant.

His moment of epiphany came way back in 2013 when he bought 4 bitcoins from a guy in Canary Wharf for 88 pounds but soon discovered to his utter delight that only a few months later his life was about to change forever.

“Soon after I bought my first set of bitcoins their value zoomed over the next few months to stratospheric levels. I also accidentally discovered that I had some bitcoins left on my old laptop to add to my collection,” he says.

“And all of a sudden I was shocked to realise that the bitcoins I bought for just some 88 pounds were now worth 1000 pounds!I just happened to enter the bitcoin world at the right time and there has been no looking back since then,” he adds.

Speaking of bitcoin’s investment value, Cryptocity ran into a rather young bitcoin enthusiast named Abdul Ali recently at the Old Shoreditch Cafe who though far from being a professional in the world of finance or technology is already clued in to the latest goin-ons in the world of cryptocurrencies.

“I usually come to this cafe to top up my bitcoin wallet. This time I am topping up for 100 pounds.” And what exactly do you use this bitcoins for we venture to ask.

“Oh I just use it as an investment. I have been investing in bitcoin since I was 16. It is no big deal for me anymore”, adds the 17-year old Ali with a cool shrug of his shoulders. He obviously believes in the price of bitcoin going up in the future.

Coming from another dissimilar background of doing wood designing for a living is Nathan Shaw who we caught up with at the Vape Lab in Shoreditch over a weekly bitcoin meet-up event.

“I got into bitcoin after hearing about it from a friend and then doing self-learning. I would download you tube videos and podcasts on bitcoins and hear them in the background while doing my laundry on Sundays,” says Shaw.

“Slowly but surely I am understanding all there is to it by attending such bitcoin meet-ups so that I can aspire to start my own bitcoin business one day,” he adds.

What will happen to the bitcoin dreams of these three people a few years on?Will they be the same or would they have changed just like the price of bitcoin over the years. Watch this space.